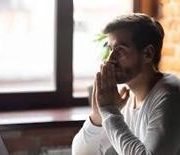 Whether you’re a brand-new manager or have been managing people for decades, you’ve likely experienced the past 12 months as one challenge after another, pummeling workplaces around the globe. The COVID-19 pandemic, economic uncertainty, business closures, massive layoffs, widespread civil unrest, unprecedented political upheaval—these developments hit fast and furiously, and managers were the ones who had to navigate the workplace fallout. This article is the first in a series that explores those challenges, how new and longtime managers tackled them, and what they learned along the way.

The coronavirus (COVID-19) pandemic has been an unprecedented event, disrupting our way of life and causing increased stress and anxiety for workers everywhere. Cleveland Clinic offers a variety of resources to help your employees cope with returning to work during this difficult time, including work-from-home guidance, emotional health support, and tips for staying healthy.

Diverse and inclusive workplaces can be both difficult to find and hard to create. But if you care about making your own workplace truly inclusive, you have the ability to affect real change—as an ally. An ally is someone who is not a member of an underrepresented group but who takes action to support that group.  It’s up to people who hold positions of privilege to be active allies to those with less access and to take responsibility for making changes that will help others be successful. Active allies utilize their credibility to create a more inclusive workplace where everyone can thrive, and find ways to make their privilege work for others. 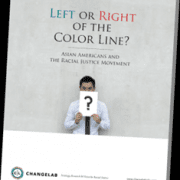 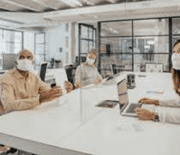 Much of what goes into being a good leader is unwritten –it’s in the actions that are exhibited day in and day out, and is not simply due to a job title. The following ten suggestions are aimed specifically at managing employee fear and anxiety related to COVID-19, but the principles behind the tips will work in nearly any scenario. Good managers get the best out of their employees by supporting them well, especially during times of disruption. 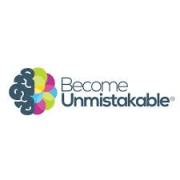 The Practical Leadership Program is a reality-focused, action-oriented program developed for new and experienced leaders seeking to increase their leadership influence and results. With more than 25 years of experience as a serial entrepreneur and CEO, Steve Lowisz developed these 8 sessions based on his own failures and successes as a leader. What Steve shares throughout this program is not based on philosophy, but on daily practices and real results.

The EEOC recently released proposed regulations about wellness programs. Key takeaways include a program safe harbor and when only de minimum benefits can be provided. Additionally, the guidance provides insights into the EEOC’s thinking on how wellness programs should be structured, which is valuable for any employer sponsoring or considering a wellness program.

Everyone has been affected differently by the COVID-19 pandemic. Whether that be adjusting to a new work-life situation, the loss of a job, or a loved one, the weight of these unprecedented times can be heavy, and significantly impact our mental health. Forced to contend with these additional stressors while still having to work, many workers are facing unexpected challenges with their mental well-being and needing support while at their jobs. 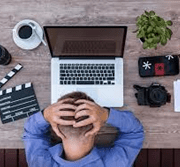 It’s frustrating when a member of your team has mentally checked out. In some cases, this person does only the bare minimum. In other cases, they fail to meet important deadlines, or they drop the ball on critical projects. How can you determine what’s going on? What can you do to address the issue when it’s a temporary slump? How about when it’s a long-term problem? And what’s the best way to ensure this person’s lack of motivation doesn’t influence or annoy your other team members?

More employers are requiring employees to return to a physical workplace. If employees refuse, can they be disciplined or terminated?  “If the employee is just generally scared of the virus, as many of us are, even as understandable as that fear may be, the employee is unlikely to have a legally defensible excuse for refusing to work,” said Janell Stanton, an attorney with Wagner, Falconer & Judd in Minneapolis.