Chicago’s 2020 Best and Brightest Companies To Work For® 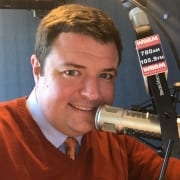 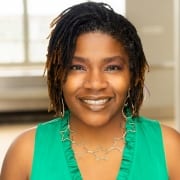 You know your business best and Denise knows how to bring your best to the forefront. Taking her experience as a corporate strategist with over 20 years of experience spanning a variety of industries, Denise has distilled her expertise working with some of the most recognized brands on the planet into a powerful system that you can leverage to bring out the best in your organization.

Denise's experience as a marketing expert with brands like AT&T, United Airlines, Pella Windows and Doors, Sears Holdings, the Chicago Fire Major League Soccer Team and the US Soccer Federation, uniquely position her to guide your organization through growth in a way that engages your team, identifies the values and priorities of the organization and allows the best of you offer to shine through.

A sought after speaker, Denise has spoken to audiences across the United States on a broad range of topics centering around identifying and articulating talents/value/experiences as a way achieve personal and organizational objectives.  A top-rated faculty member at the Forum on Workplace Inclusion and other conferences nationwide, Denise has a TEDx talk and selectively shares her speaking talents only a few times per year due to her full slate of consulting work.

Personal leadership is just as vital as organizational leadership and Denise has excelled professionally and personally. She was twice elected to the Board of Trustees for the Village of Lake in the Hills, IL.  Since 2014, Denise has served  on the Illinois Business Enterprise Program Council, a state commission that helps to implement, monitor, and enforce the goals of the Business Enterprise for Minorities, Females and Persons with Disabilities Act appointed by former Illinois Governor Pat Quinn. She serves on the Parks and Recreation Board for the City of Evanston and as an advisory board member of  the Best and Brightest Companies to Work For – Chicago Chapter.

A self-proclaimed political junkie, Denise is most passionate about her government clients and is on a personal tear to transform local government as we know it.  And she does not rule out running for public office again. She is also working on a fiction project that she already dreamed she won an Emmy for so look out for that dream to become a reality. 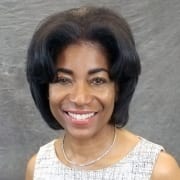 Dolla Crater is President of Business Operations at Milhouse Engineering & Construction, Inc., and its subsidiaries. She is responsible for aligning the organization’s strategic vision, cascading it to all team members, and steering the firm’s core business functions (including asset management, information technology, legal services, people & culture, and project development).

Dolla excels outside the prescribed boundaries of any given role. An overachiever by nature, she is known for her transformative influence on groundbreaking multinational corporations.

Entering Motorola Inc. as a credit analyst, she rapidly rose through the ranks of this telecommunications giant and was fast-tracked into the role of Product Operations Manager. During her tenure at Motorola, she received multiple recognitions, including the “Total Customer Satisfaction” and “Go for Gold Peak Performer” awards. In addition, her innovative, patented product-packaging design garnered a great deal of accolades.

A native of the South Side of Chicago, Dolla’s success provides her with a unique perspective about the needs and challenges of her hometown, where she has become a sought-after speaker. Illinois American Water featured her in a corporate video addressing the need for diversity, and the Small Business Administration of Virginia featured her as a panel speaker. She has also spearheaded focus groups that highlight inclusion throughout the AEC industry, and she serves on the Board of Directors for two nonprofits whose main focus is giving back to her fellow Chicagoans.

Dolla has a Master of Business Administration degree from Lake Forest Graduate School of Management and a Bachelor of Science degree in Finance from the University of Illinois at Chicago. 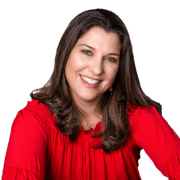 Kerry Alison Wekelo is the Chief Operating Officer at Actualize Consulting, a financial services firm. Her book and program, Culture Infusion: 9 Principles for Creating and Maintaining a Thriving Organizational Culture, is the impetus behind Actualize Consulting being named Top Company Culture by Entrepreneur Magazine, a Top Workplace by The Washington Post, and Great Place to Work-Certified. In her leadership, Kerry blends her experiences as a consultant, executive coach, award-winning author, mindfulness expert, and entrepreneur. Kerry has been featured on ABC, NBC, NPR, The New York Times, Thrive Global, SHRM, Inc., and National Mortgage Magazine. 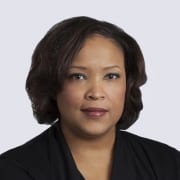 Khalilah Spencer, Esq. is the Inclusion, Equity and Social Responsibility Partner at Honigman LLP. She is responsible for development and implementation of the firm’s social responsibility program and chairing its Pro Bono Committee.

Khalilah has extensive experience in a wide variety of complex commercial and employment litigation matters in federal and state courts and arbitration. She has represented individuals and public and private companies in a wide variety of industries, including automotive, financial services, telecommunications, logistics and real estate. 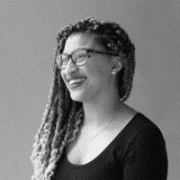 Lyndsay Cornelious (she/her/hers) is a passionate, determined, and intellectual leader focused on helping others succeed and grow in the best, most-efficient way possible. A proud Black woman and Detroiter living in Chicago, she strives to bring the fiery, resilient, and innovative spirits of her cities and her people into everything she does.

Lyndsay’s background as a project manager serves as the foundation for her strategic visioning and approach to problem solving. Always solutions-oriented, she brings her penchant for process, efficiency, and structure into all her work to help teams see both the bigger picture and the individual details. Currently, she serves as an Associate Director on the Talent Engagement & Inclusion team at Digitas, an advertising agency known for bringing together its deliberate diversity to make better connections and realize ambitious outcomes. Through this role, Lyndsay is striving to help amplify, uplift, and empower the voices of marginalized communities across Digitas, Publicis Groupe, and the wider advertising industry.

Lyndsay strongly believes that reimagining and redesigning our systems requires cultivating the unique power of the individual in sync with institutional change. She brings this to her role by working with her business resource groups, culture partners, and senior leaders to develop programming, trainings, and business practices that help shift perspectives and optimize operations. Most recently, she has helped lead powerful Brave Spaces – platforms used to encourage challenging and productive conversations on difficult topics – across the agency and the Groupe while also training others how to facilitate them. Through all this work, coupled with strategic planning and partnerships, she aims to continue the momentum of D&I efforts and make significant inroads to progress. 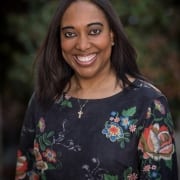 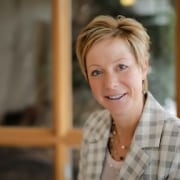 Sue is always asking the question; how can we help?  In her role as Director of EngageHR, her main gig is to manage and deploy our team of HR professionals who serve our members with onsite HR support and provide recruiting services.  Sue’s background in owning and leading a manufacturing company helps her see the big picture. She is passionate about the value that strong HR principles can bring to any organization and is driven to find the best solution for our members. As the mom of two collegiate athletes, her competitive nature drives her to find the win-win with every partnership EngageHR takes on. 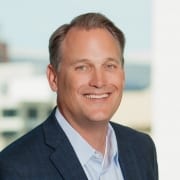