West Michigan’s 2017 Best and Brightest Companies To Work For® 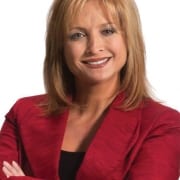 Juliet joined WZZM 13 News as weeknight anchor in April of 1991.
In addition to anchoring the 5, 6 and 11 p.m. newscasts, Juliet is also the station spokesperson for WZZM 13's “Friends for Life” campaign, which encourages monthly breast self-exams for early detection of breast cancer. She launched the “Friends for Life” campaign in 1997 and has served as emcee and honorary co-chair of “Race for the Cure” for over 15 years.
She volunteers for many other community causes and events; including Special Olympics Michigan, Brain Injury Association of Michigan, American Cancer Society's “Relay For Life,” Ronald McDonald House of Western Michigan and Catholic Charities West Michigan. She is most passionate about causes that help families in West Michigan.
Juliet currently serves as Vice Chair of the Board of Directors for Special Olympics Michigan. She has served on the board of directors for the American Red Cross Blood Services Division – Great Lakes Region.
In 2013, Juliet was nominated for an Emmy Award from the Michigan Chapter of the National Association of Television Arts and Sciences for her work as a news anchor.
In 2009, Juliet was inducted into the Alumni Hall of Fame at her high school in Western Pennsylvania.
She's been nominated for the “Athena Award,” which recognizes women who help other women in their professional careers.
She's also received the “Professionalism Award” from American Women in Radio and Television, the “Local Hero Award” from Grand Rapids Komen for the Cure, the “Outstanding Media Award” twice from Special Olympics Michigan and was recently presented with an award from the “Brain Injury Association of Michigan” for her many years of volunteer work in helping to bring about awareness of patients and families affected by brain injuries.
“Outstanding Young Women of America” and “Who's Who” have named Juliet in their publications.
Juliet is a native of Pittsburgh and is an avid fan of the NFL, especially the Steelers and Lions.
Juliet loves ballroom dancing and travel. She and her husband, Phil, live in the Rockford area. 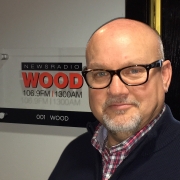 WOOD Radio
Steve Kelly is the morning show co-host and sports director of West Michigan’s Morning News on News Radio WOOD 1300. He’s been in West Michigan since 1996, also doing morning shows on Star 105.7 and 104.5 WSNX. Steve has been married to his wife, Sandy, for over 20 years and has two beautiful daughters, Caitlin and Madison, all of whom have him wrapped around their fingers! He is a 1987 graduate of Michigan State University with a degree in Telecommunications and minors in English and Psychology. Steve’s interests include long distance running, golf and the great outdoors. 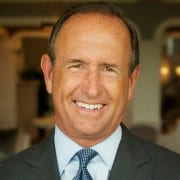 As President of Amway from 1993 to 2002, DeVos held responsibility for all aspects of the company’s operations in 50 countries and six continents. In his final fiscal year of service, Amway reported sales of $4.5 billion. Prior to assuming the Presidency, he served as Vice President – Amway International where he held responsibility for the company’s operations in 18 countries outside North America. Under his leadership, the company opened new markets and tripled international sales to exceed domestic sales for the first time in the company’s history. DeVos became President and CEO of the Orlando Magic when his family acquired the team in 1991, a role he held for three years.

In addition to business roles, DeVos has been a leader in a wide range of community initiatives. He started the Education Freedom Fund, which awarded more than 4,000 scholarships to underprivileged children in Michigan, the West Michigan Aviation Academy, (a High School that aims to provide a rigorous educational program through an aviation focus), and has served on the State Board of Education. He has led as chair/co-chair various Grand Rapids area downtown revitalization and regional health care improvements including a $75M downtown arena, a $212M convention center, a $130M heart hospital, a $90M medical school and a $30M Downtown Market. He was the Republican candidate for Governor of Michigan in 2006. His New York Times best-selling book, “Rediscovering American Values”, was published in 1997 and is available in seven languages.

DeVos is a two time National Champion sailor, a qualified jet aircraft and helicopter pilot, and a graduate of Northwood University. DeVos has been married to the former Betsy Prince for 35 years and they now have seven children and five grandchildren.