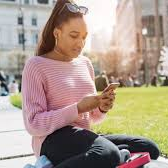 Nearly four in 10 respondents said they have turned down or decided not to pursue a job because of a perceived lack of inclusion at an organization, according to new survey findings from McKinsey & Company. LGBTQ and racial- or ethnic-minority job seekers were more likely than others to report choosing not to pursue a job for this reason.