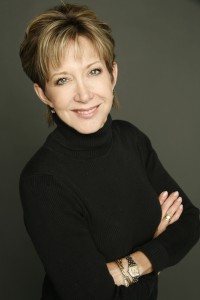 Dayna Steele, YourDailySuccessTip.com CEO, brings her fascinating and unique background as a former radio personality for one of Houston’s most popular rock stations to captivated audiences near and far. Her experiences with the famous and infamous eventually led her to author the best-selling book Rock to the Top: What I Learned about Success from the World’s Greatest Rock Stars. Her latest book project is a series include 101 Ways to Rock Your World: Everyday Activities for Success Everyday, On the Golf Course: 101 Ways to Rock Your World, and Welcome to College! 101 Ways to Rock Your World.

A popular and inpiring business speaker, Dayna easilkty connects with audiences and draws a clear connection between rock star success and business success. Find Your Inner Rock Star, Lead Like a Rock Star, and 5 Ways to Rock Your Customer Service are just a few of the custom presentations Dayna utilizes to illustrat success to individuals and companies.

Through her career, she has garnered national accolades. Dayna was named of the “100 Most Important Radio Talk Show Hosts” by Talkers Magazine, nominated as “Local Radio Personality of the Year” by Billboard Magazine and has been inducted into the Texas Radio Hall of Fame. AOL calls Dayna ‘one of the foremost experts on career networking’ and Reader’s Digest Magazine named Dayna one of the “35 People Who Inspire Us.”

Her affinity for creating entreprenurial enterprises has launched a diverse slate of businesses. Dayna created The Space Store, the world’s largest space related e-commerce venture, and founded Smart Girls Rock, giving laptop computers to high school students in need. Dayna’s daily success tip from YourDailySuccessTip.com is enjoyed by thousands of success driven people around the world every day. Her large fan base of Steeleworkers follower her daily advice on Facebook, Twitter, LinkedIn, Google+ and Instagram. Her messages of success have been called, “ridiculously sane” by Clarion Foreward Reviews.

Dayna lives in Seabrook, Texas with her husband, author Charles Justiz, and has three sons. She is a member of the Screen Actors Guild and is currently working on her next book.