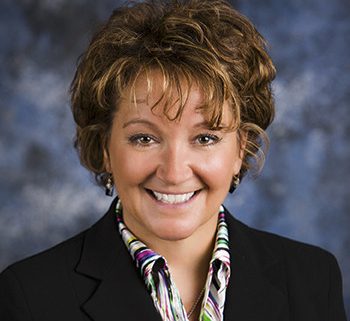 Mary Starr, Executive Vice President, has directed The Starr Group since 1985. She graduated from the University of Wisconsin-Madison with a degree in sociology & social work and a minor in Spanish. She went on to earn graduate credits toward her master’s degree in social work at the University of Wisconsin-Milwaukee and graduate credits toward her master’s in business administration at Keller Graduate School. In 2010 Mary became a Certified Wellness Coach and in 2016 earned her Certified Corporate Wellness Specialist designation.

Mary’s leadership and business practices were rewarded a second time when The Starr Group was named winner of the 2017 Wisconsin Better Business Bureau’s Torch Award for Trust, Performance, and Integrity. This award is a reflection of the Values and Vision of The Starr Group, guided by Mary Starr.

Mary has served on numerous boards past and present, including:

Mary has been at the helm of creating The Starr Group’s current award-winning wellness program, Fit4Life, which has received numerous accolades including the following: