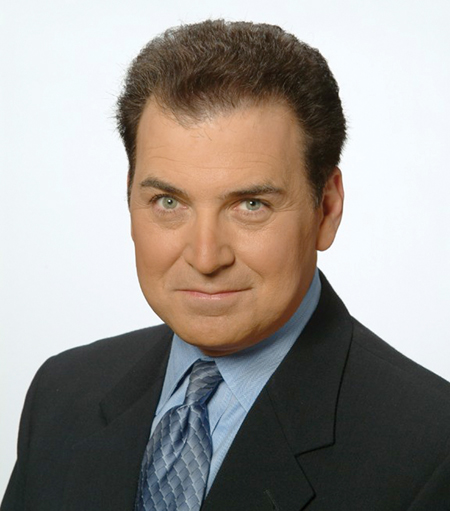 Murray Feldman serves as Business editor at WWJ Newsradio 950 in Detroit. He also hosts The Feldman Report heard weekday mornings and afternoons on WWJ. He has been with the station since September 1987.

Murray came to Detroit in 1976 as a reporter/anchor for WJBK TV. He anchored Fox 2 News at 5:30pm for nearly 20 years and spent almost 40 years on the air there before retiring in May of 2016.
He also served as the station’s Money Editor. In that capacity he produced and broadcasts the popular FOX 2 JOB SHOP which has been so successful that FOX added the segment on all FOX owned television stations. He also hosted Murray’s Money Minute on FOX 2 NEWS MORNING, along with a Money Monday segment that helps metro Detroiters with their money issues. Murray retired from WJBK-TV in May of 2016.

Feldman came to FOX 2 from WPRI-TV in Providence, Rhode Island, where he worked as a news anchor/reporter. He served as weekend anchor/reporter at WNYS-TV in Syracuse, New York, newscaster and music announcer at WWBZ-AM in New Jersey, and as a writer and desk assistant at KYW Newsradio in Philadelphia. Feldman’s broadcasting career began in 1964 at WCAM-AM in New Jersey, where he worked as a production assistant.

Feldman has been invited to the White House on several occasions. He was one of a select group of journalists and economic reporters invited to talk with President Reagan and cabinet members about the economic state of the nation. In 1976, he met with President Ford to discuss a variety of political issues. He was invited to the White House by President Bush to receive an award for his reports on small businesses, and interviewed President Clinton in early 1994 prior to the G-7 summit in Detroit. He also interviewed President Obama live on FOX 2 the day after a major management shake-up at General Motors prior to the company’s bankruptcy. More people watched that segment than any other program on Detroit television..

Always a multi-award winning reporter, Feldman received a 2009 Associated Press (AP) award for FOX 2 News at 6: Auto Crisis,” the 2006 Michigan Association of Broadcasters Broadcast Excellence Merit award for Money Makeover, among several others. He also was selected as the Michigan Entrepreneur of the Year in 1992 for his reporting of local business entrepreneurs. The U.S. Small Business Administration named Feldman the Media Advocate of the Year in 1989 and 1992. In 1988, he was honored with a first place United Press International (UPI) award and an Associated Press award for his individual reporting excellence. In 1987, he received a first place UPI Individual Achievement Award for his coverage of the stock market crash. The Investment Company Institute presented him with the American University Television Award for the best economic coverage of any television station in the nation during the1987 stock market crash. Feldman also won a 1998 Emmy for his Deal of the Day series on consumer money-saving tips.

Committed to “giving back” to the community, Feldman is very active with many local charities.

He holds a bachelor’s degree in speech and communications from Emerson College in Boston. Also, in 2003, he received an honorary doctorate from Ann Arbor’s Cleary University.
Feldman was born in Philadelphia, and raised in New Jersey.

Murray’s wife Marla is a retired elementary school principal, attorney and volunteer mediator.
Their son Rob is a broadcaster and program director with IHeart radio in Tampa, Florida. Daughter Katie is a teacher in West Hartford, Connecticut. Her husband Andrew is product manager at ESPN. Their daughter Ariella was born in 2012 and daughter Sydney was born in 2014.
.