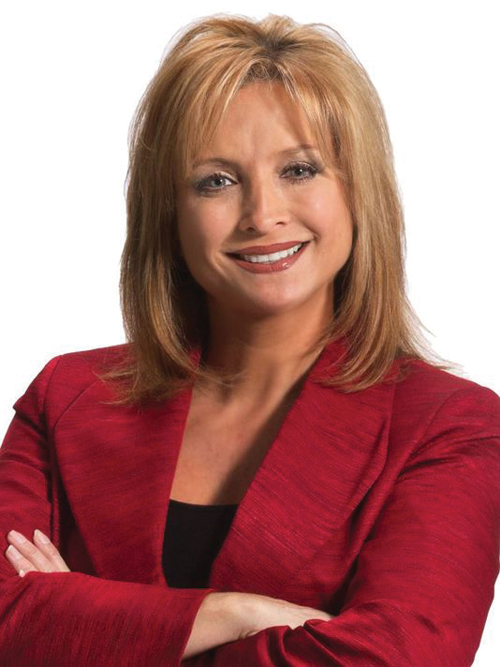 Juliet joined WZZM 13 News as weeknight anchor in April of 1991.
In addition to anchoring the 5, 6 and 11 p.m. newscasts, Juliet is also the station spokesperson for WZZM 13’s “Friends for Life” campaign, which encourages monthly breast self-exams for early detection of breast cancer. She launched the “Friends for Life” campaign in 1997 and has served as emcee and honorary co-chair of “Race for the Cure” for over 15 years.
She volunteers for many other community causes and events; including Special Olympics Michigan, Brain Injury Association of Michigan, American Cancer Society’s “Relay For Life,” Ronald McDonald House of Western Michigan and Catholic Charities West Michigan. She is most passionate about causes that help families in West Michigan.
Juliet currently serves as Vice Chair of the Board of Directors for Special Olympics Michigan. She has served on the board of directors for the American Red Cross Blood Services Division – Great Lakes Region.
In 2013, Juliet was nominated for an Emmy Award from the Michigan Chapter of the National Association of Television Arts and Sciences for her work as a news anchor.
In 2009, Juliet was inducted into the Alumni Hall of Fame at her high school in Western Pennsylvania.
She’s been nominated for the “Athena Award,” which recognizes women who help other women in their professional careers.
She’s also received the “Professionalism Award” from American Women in Radio and Television, the “Local Hero Award” from Grand Rapids Komen for the Cure, the “Outstanding Media Award” twice from Special Olympics Michigan and was recently presented with an award from the “Brain Injury Association of Michigan” for her many years of volunteer work in helping to bring about awareness of patients and families affected by brain injuries.
“Outstanding Young Women of America” and “Who’s Who” have named Juliet in their publications.
Juliet is a native of Pittsburgh and is an avid fan of the NFL, especially the Steelers and Lions.
Juliet loves ballroom dancing and travel. She and her husband, Phil, live in the Rockford area.